While wandering around Hoxton recently, I nipped to Pearson Street, where there is an early mid-19th century Grade II-listed terrace, including a shop at number 2. 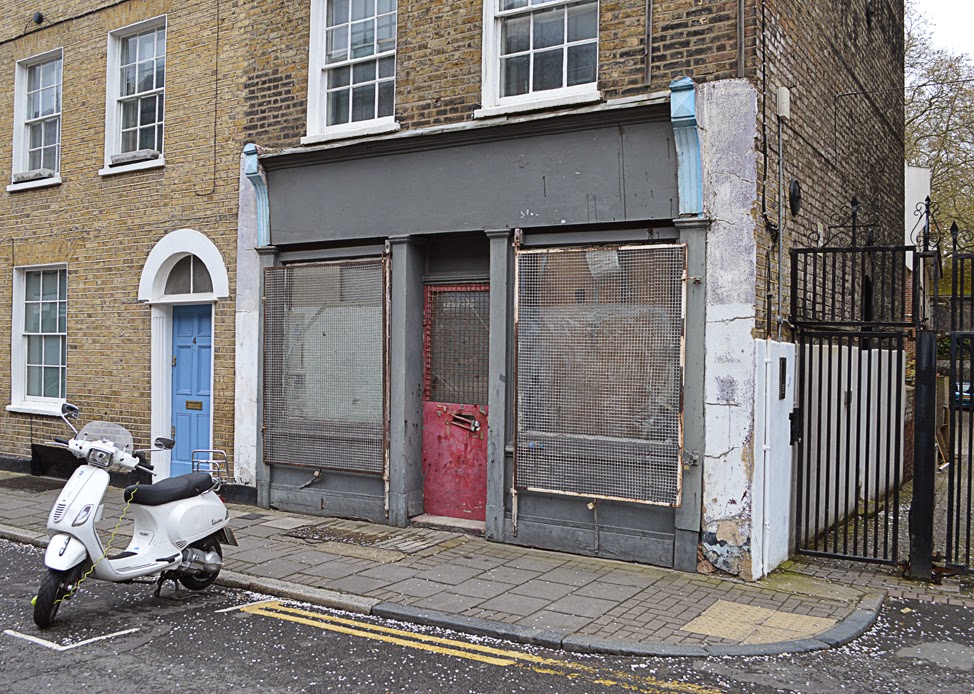 The shop isn't in a good way, and as I haven't had time to do more than research the address on Google, I'm not sure when it was last a shop. However, it's available to let at the moment, should anyone be interested, and willing to refurbish it!

The shop dates from the period the terrace was built, and although the shop front has since been altered, according to English Heritage, it is a standard, simple Victorian design.

However, it's difficult to see what is original and what isn't. It's ramshackle to say the least, with the pilasters sat unevenly on rough plinths, battered stall boards, and everything is heavily painted in battleship grey (apart from the console brackets and door). 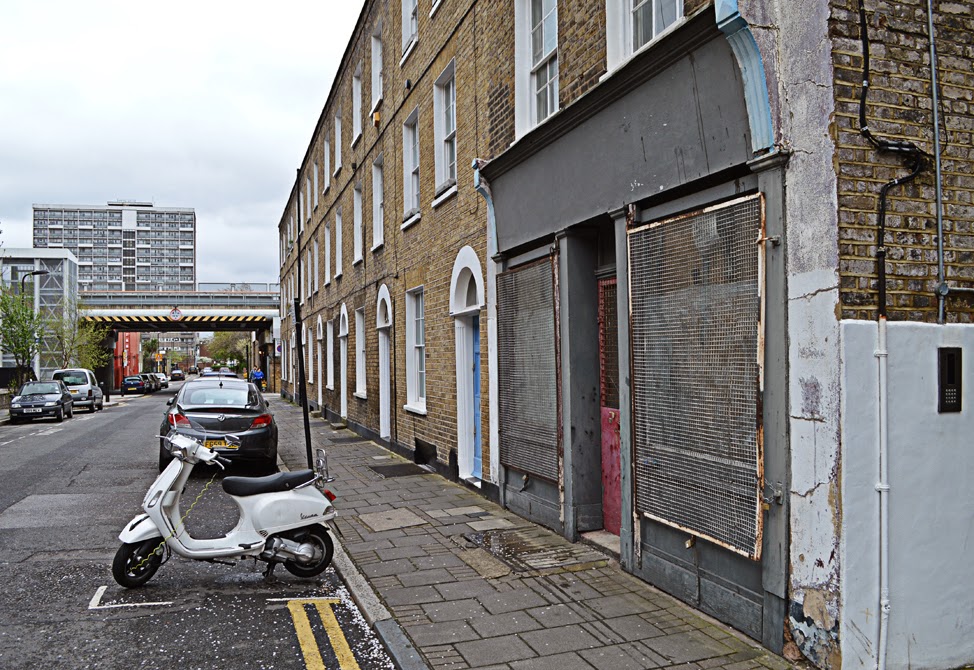 There are lots of these types of Victorian shop fronts around, as their simple, inoffensive designs have proved less likely to offend the changing tastes of developers than the gaudier efforts also produced by the Victorians. What makes 2 Pearson Street interesting is its survival within the terrace as a whole, rather than the shop on its own merit.

In 1876 a furniture salesman, George Rolfe, was listed at number 2. The Post Office Directory in 1895 and 1899 records Edwin Merrill, a marble mason, at the address.

An advertisement in the Hackney Express & Shoreditch Observer of October 21, 1905, shows that "brake proprietor" and "cartage contractor" Thomas Cook was based here. 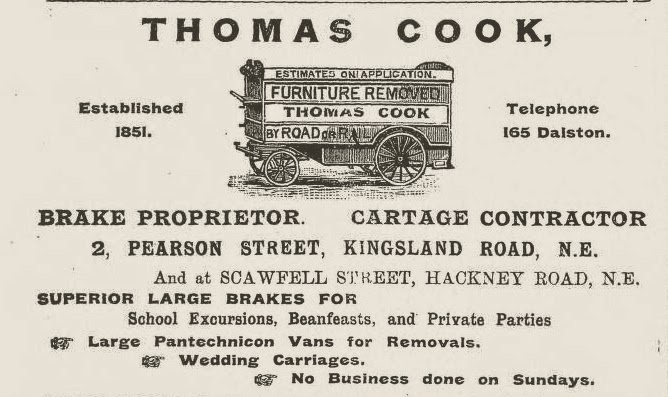 Thomas Cook's signage can still be seen on the side of the building. 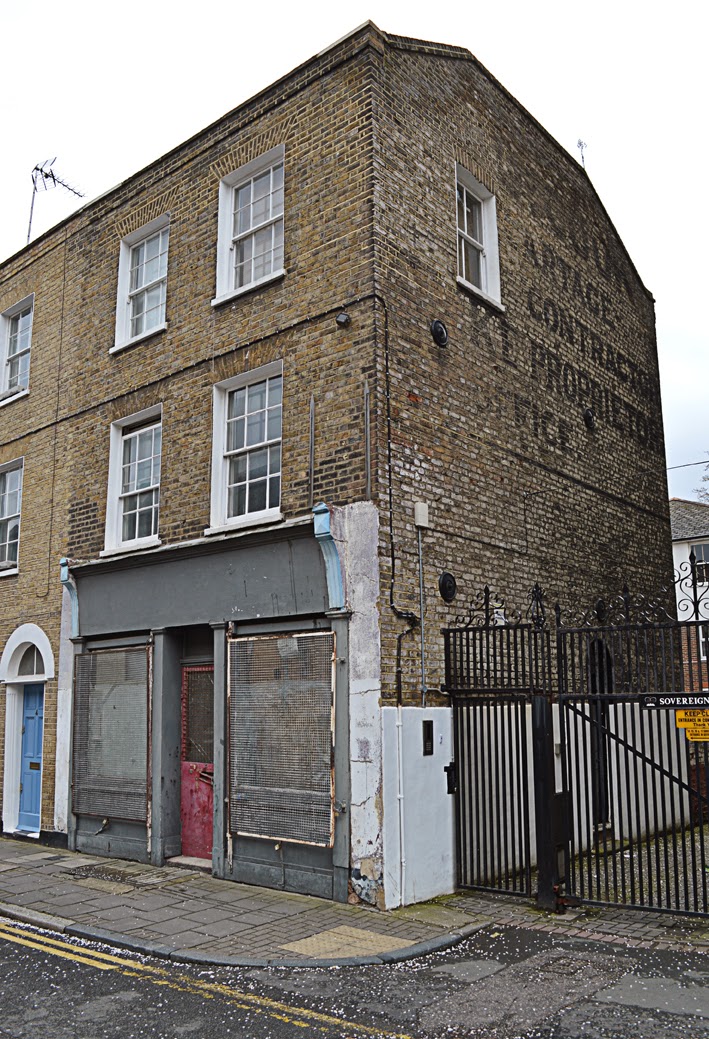 The 1915 and 1921 directories list Lavington Bros, carmen, as the occupiers. Carmen were drivers of carts who were hired to transport goods around the city, so it seems to have been a continuation of Thomas Cook's business, but under a different name/ownership. Clearly these businesses would have all had use of the yard behind, with the entrance next to the shop. 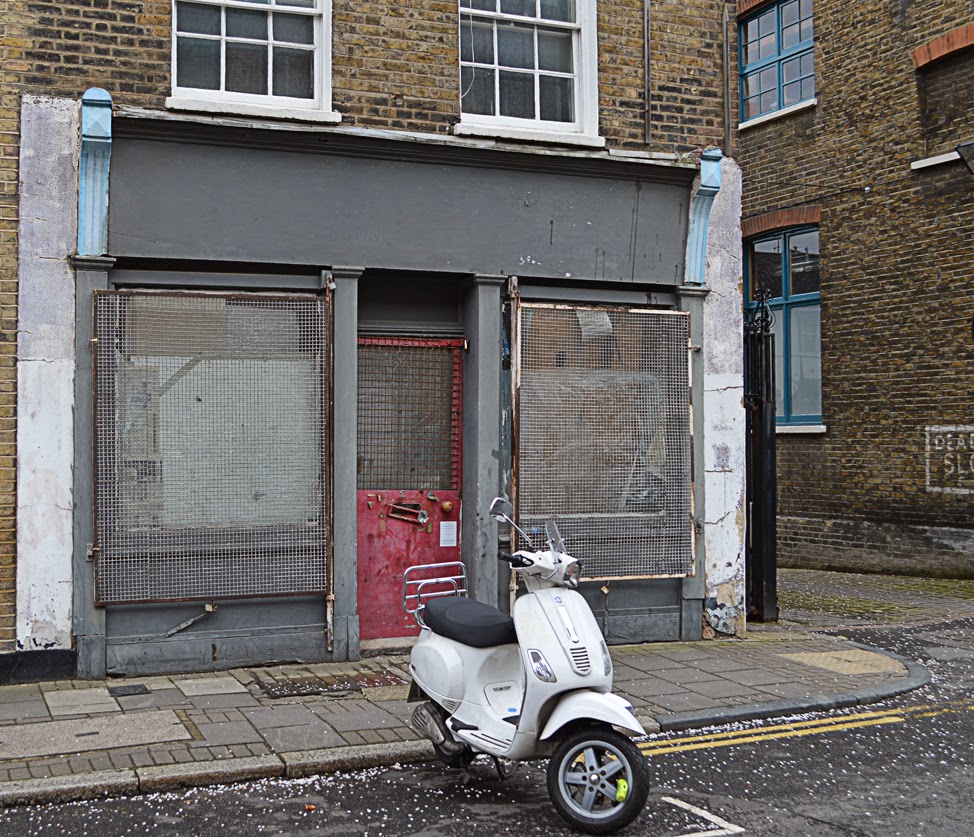