While in Hoxton, I walked up Kingsland Road to see if some other shops were worth getting excited about. A Grade-II terrace of early 19th-century houses, from numbers 362 to 368, has three shops at 364, 366 and 368. 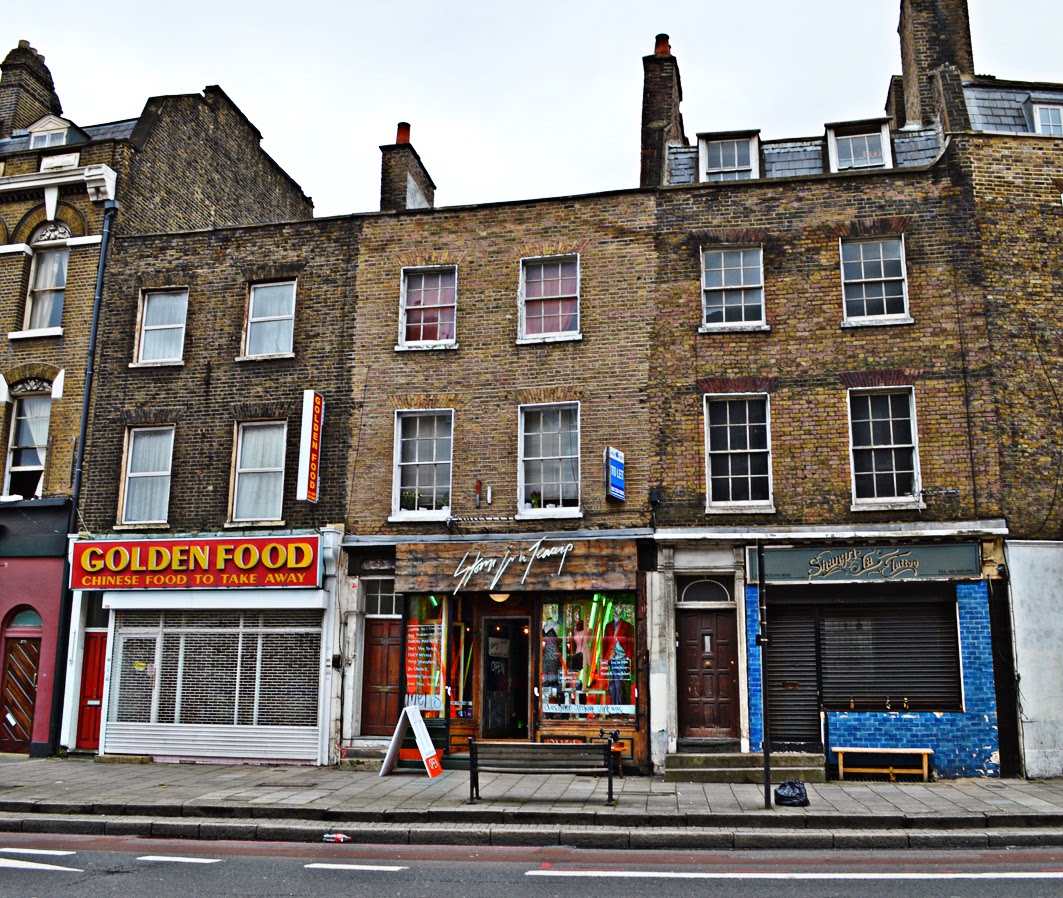 English Heritage lists 364 as having an altered 19th-century shop front, "with pilasters and console brackets to mutuled fascia cornice", and also mentions its six-panel door, which either doesn't exist any more (the door to the upstairs accommodation certainly wasn't it), or was hidden behind the shutters when I visited. The shop is now Shangri-La tattoo parlour, based in the basement, but retail space is also advertised on temporary store lettings website www.appearhere.co.uk 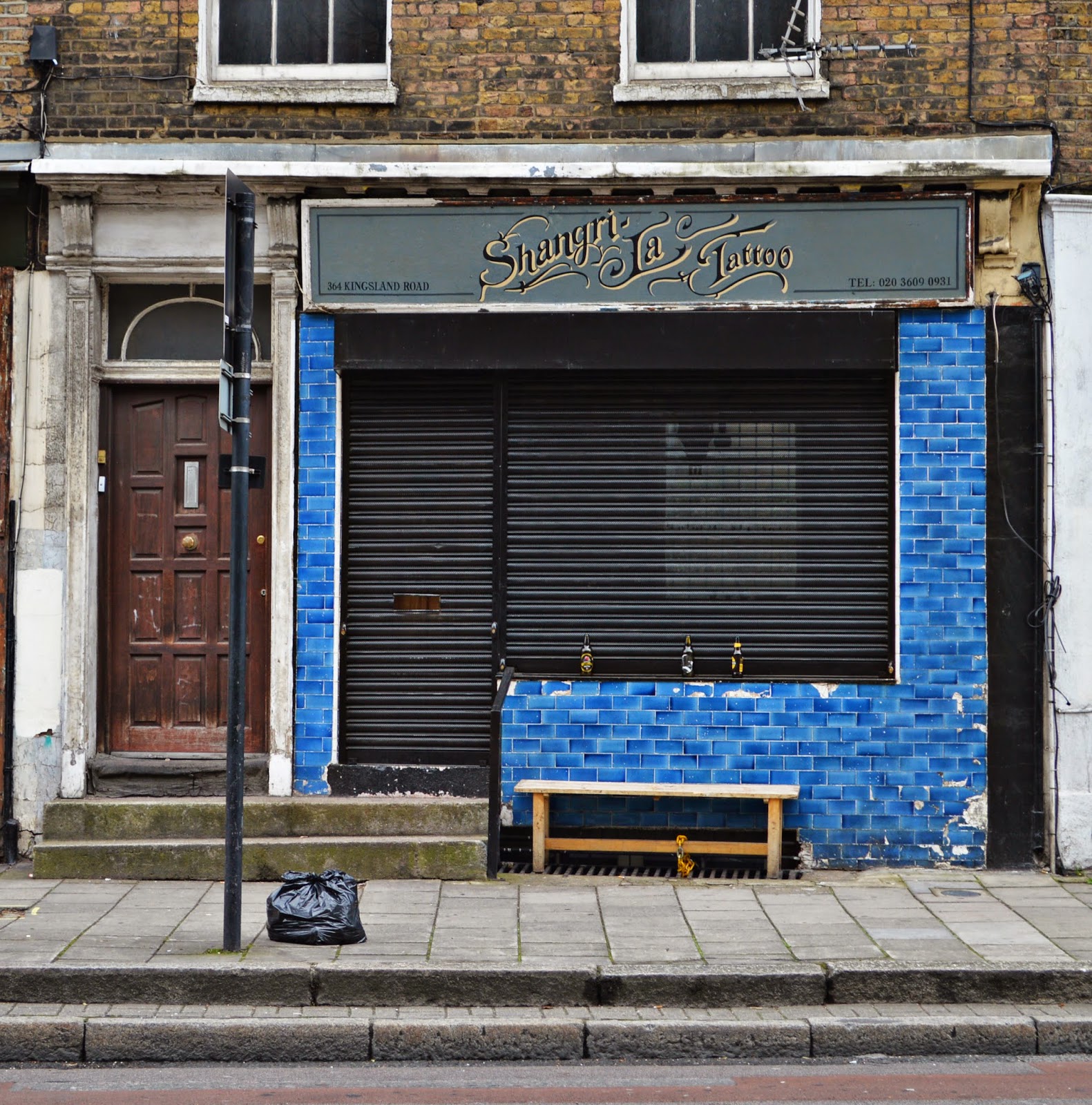 However, 366 and 368 haven't retained their 19th-century shop fronts, although there is some older ones hidden behind the modern fascias. Number 366, now occupied by vintage designer fashion retailer Storm in a Teacup, does still have a mutule cornice that dates from the 19th century though. Pictures of the store interior can be seen here. 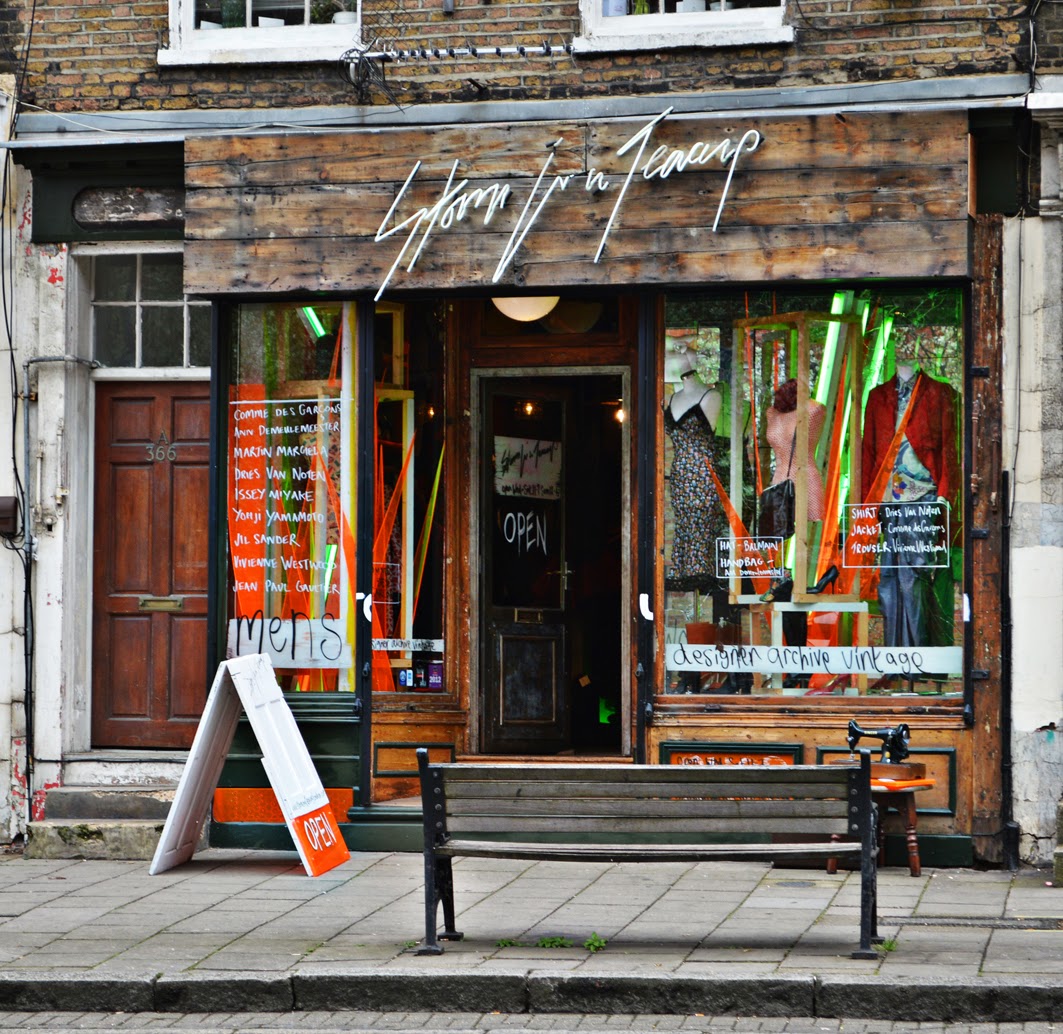 As for their history, I've not had chance to research back into the early 19th century, but the 1882 Post Office Directory says number 364 was occupied by Alexander Towne, a junior surgeon - not an obvious shop tenant, but no one more obvious is listed. At 366 there was James Brown, who ran a library, no doubt as a commercial interest charging a fee for book lending.

William Catt, grocer and tea dealer, is at 368. Interestingly, an obituary in The Standard of November 6, 1884, records the death of Elizabeth, wife of William Catt, at the age of 43. It turns out Elizabeth was the fourth daughter of Alexander Towne, the junior surgeon at 364.

In 1895, James Brown and William Catt are still there, but lithographer Jani T Maffuniades is at 364.

And finally, the 1910 Directory has no record for number 364, but at 366 is a tobacconist, Jas Tomlinson Jr, and at 368 is Bernard George Hyatt, umbrella maker. A&W Hyatt, a manufacturer of trimmings, girdles and tassels, was a family business based in Hackney. It expanded into umbrellas in the early 20th century, opening four stores, including the one at 368 Kingsland Road.
Posted by Steve Draper at 22:56