Just yards away from Berry Bros & Rudd, which has thrived for over 300 years, is 10 St James's Street, site of a rather less successful retail venture but which is a notable example of the bazaar – a popular new retail development in early Victorian Britain (London's first was the Soho Bazaar, opened in 1816).

This stuccoed building stretching round onto King Street, where it has an impressive wide porch with Tuscan columns, was once St James's Bazaar, a gallery of individual shops set across two 150ft-long floors. It was constructed in 1830-32 at a cost of £20,000. 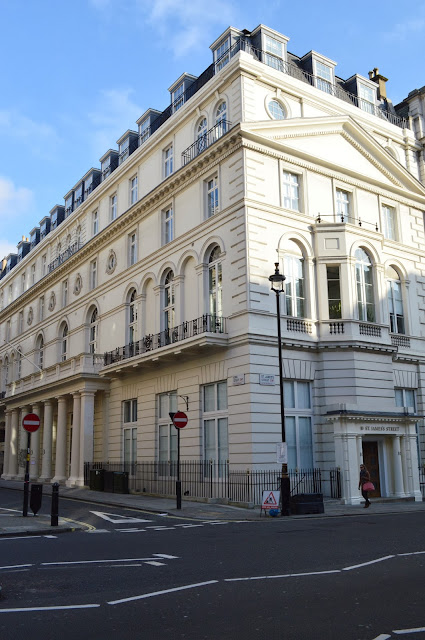 Opened in April 1832, it was an opulent development – an issue of The Morning Post that same month noted its palace-like interior, although was amused that this was devoted only "to the display of bijouterie, toys and minute elegancies and trifles of every description".

Shoppers wandered among stalls "tastefully distributed in curves, lines and circles". Gas lighting illuminated the bazaar in the evening. There was also a magnificent display of looking-glass arranged among the shops, according to The Morning Post. Here's a small ad from the time, mentioning one of the retailers in the bazaar – Howe, a glover.


However, about one year after opening, the bazaar closed. By 1839 it had apparently stood empty for six years. Owner William Crockford blamed the "change of fashion [which] has affected not only this property but all property of a similar description in the Metropolis".

In the early 1840s the building hosted a couple of notable exhibitions. In 1841, a diorama of the funeral of Napoleon proved popular, and in 1844 the decorative works for the New Houses of Parliament were exhibited, including designs for doors and stained glass windows. This was less popular – The Standard of May 28, 1844 reported that the exhibition "although better attended yesterday than on any other day since its opening gratuitously to the public, was nearly deserted, the number of persons visiting it not reaching to more than 200 or 300 during the day". The picture below is from The London Illustrated News at the time of the decorative works exhibition. 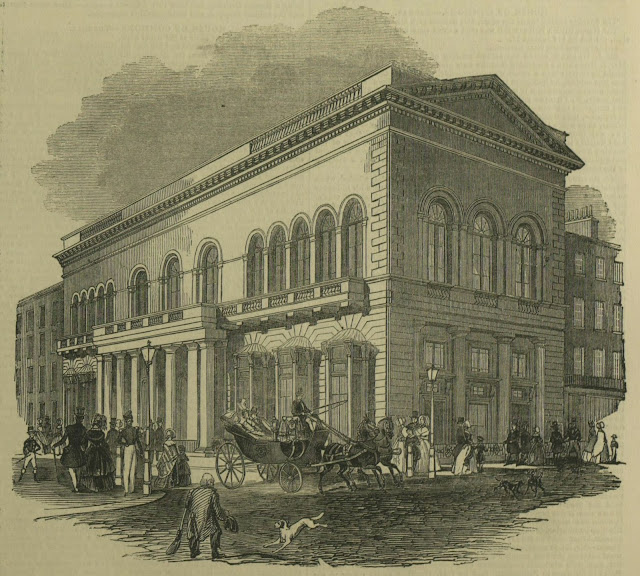 In 1847, Crockford's widow converted the building into chambers. It has subsequently been used as offices, apart from when it was the Junior Army and Navy Club from about 1881 to 1904, and a two-year stint as a confectioner's run by Paris firm Rumpelmayer from 1907.

The building has been altered over time by its various owners – the current St James's Street entrance was constructed in the early 20th century, and the exterior was heightened in 1897 and 1914. 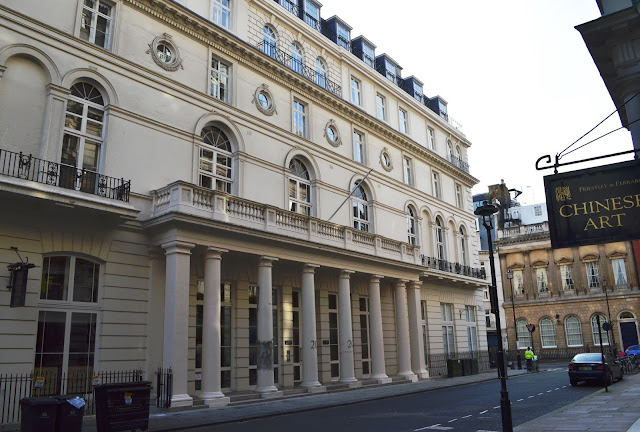 Go here for more on the history of the Victorian bazaar.
Posted by Steve Draper at 18:55