After the Great Fire destroyed the City of London, shopping moved westwards, to Covent Garden, Strand and Holborn. And when the Palace of Whitehall burnt down in 1697/8, the court of William III moved to St James's Palace, and St James's Street quickly became a fashionable locale.

Businesses serving this wealthy clientele sprung up, particularly on the street's eastern side, and thanks to its coffee/chocolate houses and clubs it became the epicentre of masculine aristocratic society.

The firm now known as Berry Bros & Rudd was set up as a grocer's in 1698 by Widow Bourne. Her daughter married William Pickering and this family business supplied the area's coffee houses - the sign of the coffee mill still hangs over the shop. 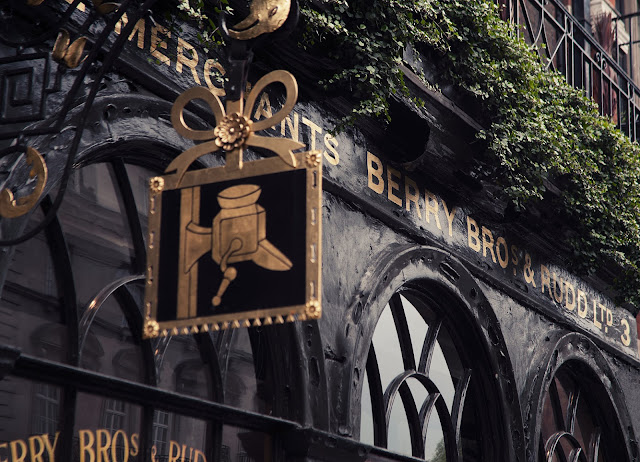 The store remained in the same family, although the names of the family heads changed from Pickering to Clarke and then, in 1810, to Berry. It was around this time, when the company was led by George Berry, that wine became the principal focus. In 1920, Hugh Rudd, previously a wine merchant in Norwich, became a partner and in the 1940s his name was added to the fascia.

Although non-family directors began to be appointed after the Second World War, Berry Bros & Rudd is still run by members of the Berry and Rudd families, over 300 years since its creation. It remains a retailer to the aristocracy, currently holding royal warrants for HM The Queen and the HRH The Prince of Wales.

The three-storey building was originally two terraced houses with one shop, built circa 1731-2 by the Pickerings to replace their original structure. In 1800 it was altered to become a single property. 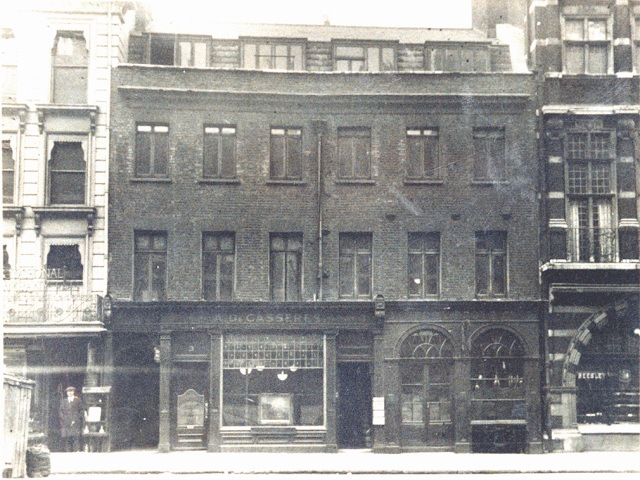 The oldest (the right-hand side as you look at it) part of the wooden shopfront, which has an interesting quasi-gothic design, dates from 1800; the left-hand part is a convincing 1930s imitation. There are vast wine cellars below, which stretch out 150ft to the centre of St James's Street. 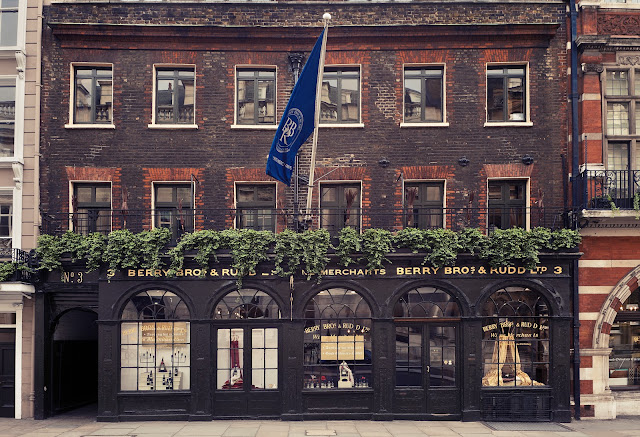 The store retained its wooden shutters long after the introduction of roller shutters (the first London shop to use rollers shutters was Swan & Edgar of Piccadilly in the 1830s). These cumbersome wooden panels were carried in and out each day by the apprentices. They slotted into a groove and were pinned into the ledge above the stallboard. To see a pic of the store in 1980 with its shutters up, go to www.paulbarkshire.com and check out the London Shops & Pubs section.

The wooden shutters helped prevent serious damage to the shop front during the Second World War. They're now kept in the side alley leading to Pickering Place (pictured), but were pressed into action in 2011 during the London riots. 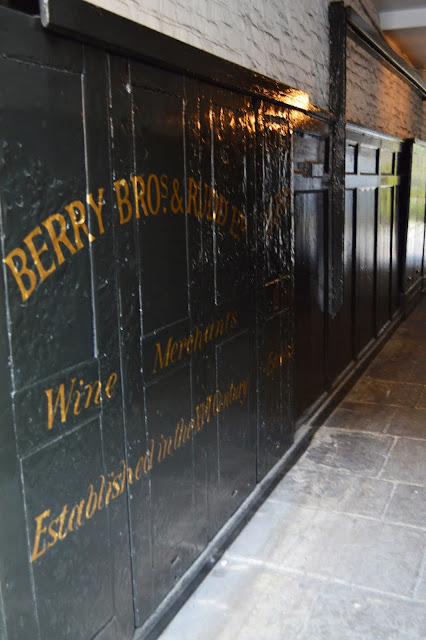 Stepping inside is like entering the 18th century, as the interior has changed little over the years, with wood-panelled walls, plenty of original fittings and shelving, and rickety, uneven wooden floors leading into small, separate rooms.

The scales that were used to weigh tea, sugar and spices began in 1765 to be used to record the weights of aristocratic customers - "people of fascination", according to Henry Fielding. Six generations of English and French royalty had their body sizes recorded for posterity; it was a sign of social status to have your name written into the books. The scales are still inside the shop today. 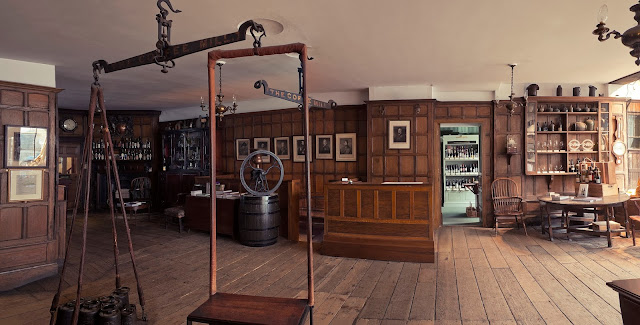 But Berry Bros & Rudd isn't a business relic. It has constantly moved with the times - after all, the family motto is 'Don't stop changing'. More recently it was the first wine merchant to launch a website, www.bbr.com, way back in 1994, and set up the Berry's Broking Exchange, in which customers buy and sell wines that are stored in the company's temperature-controlled Basingstoke warehouse.

I paid a visit on a bright winter's day, with the sunlight reflecting off the handsome shop front's blistered black paintwork. Although I enjoyed visiting Twining's the other week, my enthusiasm for wine easily beats that for tea, so I was looking forward to picking up a nice bottle. 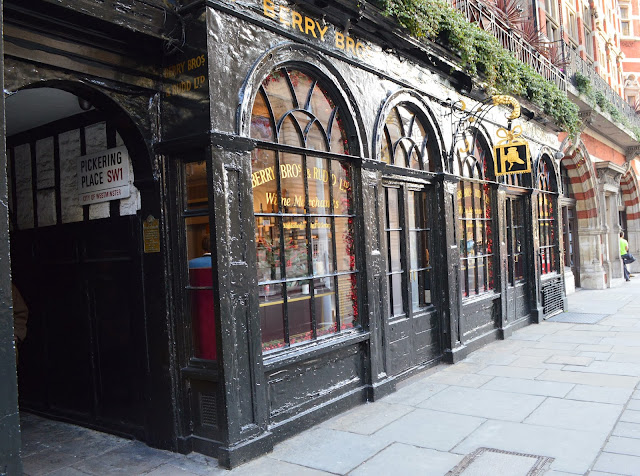 When a shop assistant approached, I asked to see the port wines. Apart from two bottles, the whole lot were in the cellar, so after a brief chat in which he displayed his extensive wisdom but didn't patronise my very limited knowledge, I came away with a nice bottle of 2006 crusted port that was uncorked later that evening. He said when I returned, we could explore my tastes further... 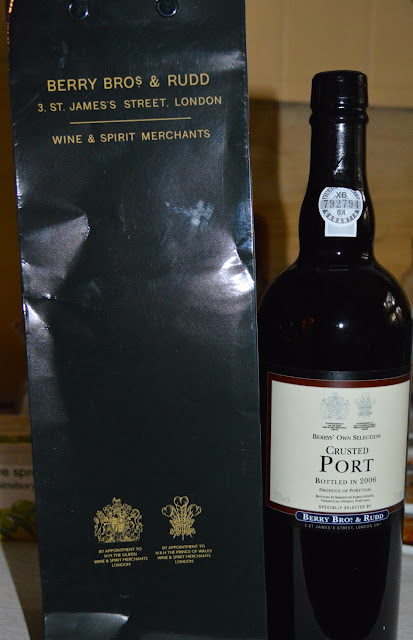 Some of the pics (the first and third, ie the good ones) were sent to me by Berry Bros & Rudd's press office, and were taken by Joakim Blockstrom in 2011.
Posted by Steve Draper at 14:24