Londoners have been buying tea from Twinings on the Strand since 1706, when Thomas Twining took over what was originally called Tom's Coffee House at Devereux Court, where 216 Strand now sits.

The location was ideal as the area had recently seen an influx of the aristocracy, who had been forced out of the City by the Great Fire of London. 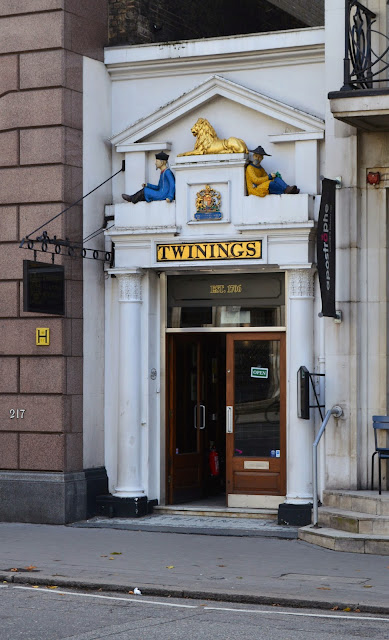 Twining wasn't the first tea merchant - London grocer Daniel Rawlinson was selling tea (then known as "the new China herb") 60 years before Twining - but the business flourished, helped no doubt by the marketing clout of its appointment in 1711 as "purveyor of teas" to Queen Anne. Sir Christopher Wren and "hardened and shameless tea drinker" Dr Johnson were just some of the famous patrons of the tea house. 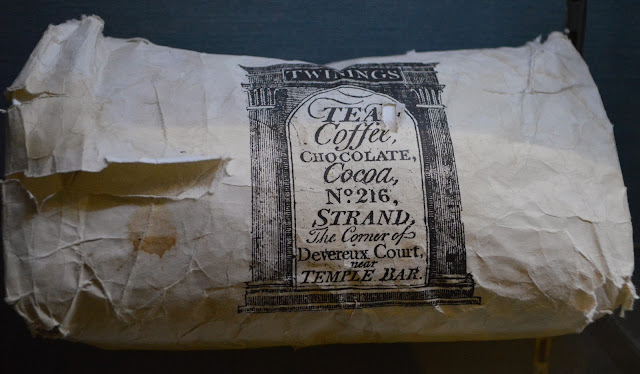 The shop staff - all male - originally wore swallowtail coats, snow white shirts and white ties. It's said their uniforms often became covered in tea dust, yet Twining insisted they could only serve customers if their outfit was spotless.

According to English Heritage, the stucco shopfront with elegant portico leading inside dates from the early 19th century, although some people claim it was constructed in 1787. It's a narrow shop, with just the door opening onto the Strand, and is only one storey. Steps inside lead to a basement, which I assume houses the stockroom. 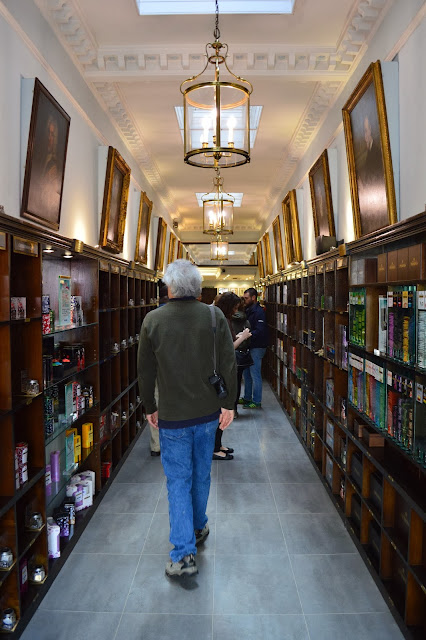 The Grecian columns either side of the doorway support an entablature, atop which are perched a pair of Chinamen with their backs resting against a British lion. 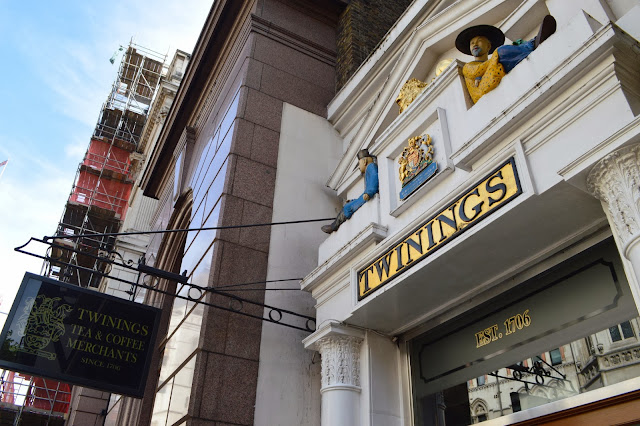 Part of the shop and all the back premises were destroyed by bombing in the Second World War, although the store reopened within a few hours, trading from a temporary desk.

The interior has recently been updated, including a new sampling counter where I supped a few varieties - I recommend the rooibos flavoured with orange and cinnamon. There's also a museum at the back of the store. 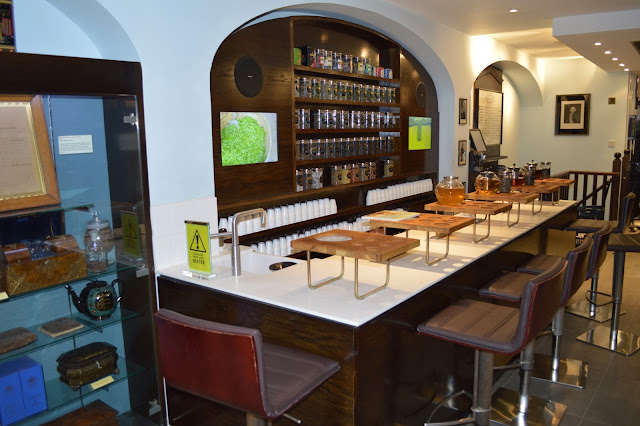