I'd walked past 173-179 King's Cross Road a couple of times before, and each time lots of cars were parked outside. I was hoping to get lucky and find no cars there, but it wasn't to be... 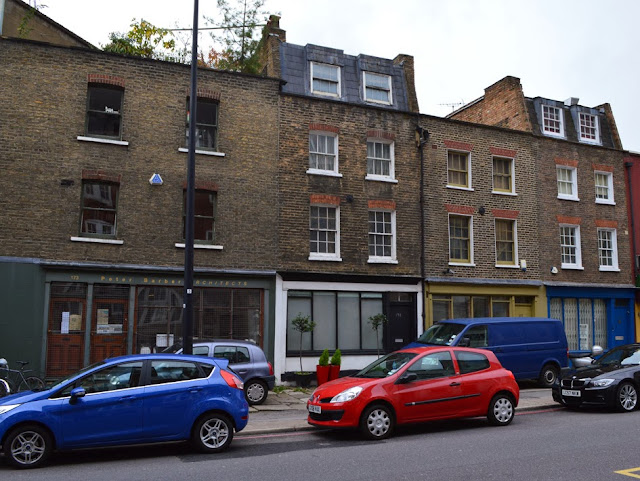 Anyway, this terrace of four shops with housing above was built around 1796-99. It was previously called Field Place, but was changed following the building of King's Cross, when the road leading to the station, Bagnigge Wells Road, and the rows and places along it were all renamed King's Cross Road and renumbered accordingly.

It's not the most salubrious area, but that's often why old shops like these have survived. If these were on a busy high street, chances are the shop fronts would have been replaced by a wall of glass a long time ago.

The wooden shopfronts have pilasters carrying entablatures with projecting cornices.  The buildings are all made from yellow stock brick.

Number 173 is still in commercial use, as an architects. Although no longer a shop, it's the only one of the four to have lettering on the entablature. In the Post Office Directory of 1898, it's listed as Caxton Printing Co. 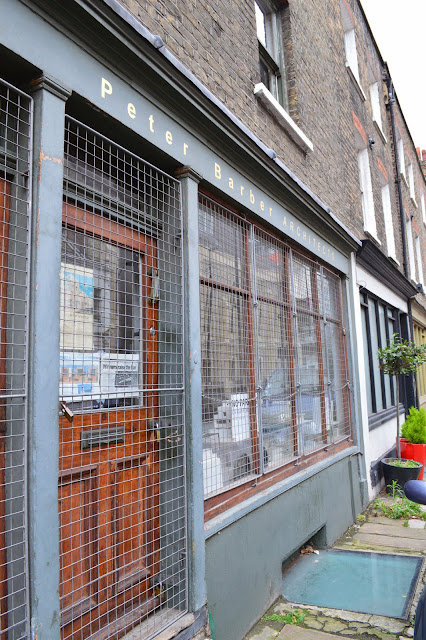 Number 175 is now a four-bedroomed house, with no commercial use. The wooden shop front has been well maintained but is a little scruffier than its neighbours, despite the pot plants. In 1898 it was occupied by Never-Rust Metal Plate Co. 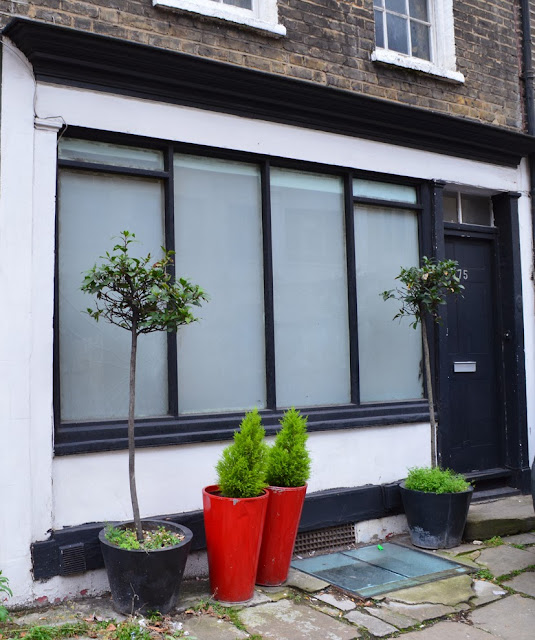 Number 177 has previously been a tobacconists, a foundry and a chandler (John Hurst, according to the 1898 PO Directory) at various points in its existence, but like 175 is now a four-bedroomed house - the shop area is now the kitchen. It was a foundry for most of the 20th century, run by the Brimson family, but this closed down in 1985. Apparently much of the machinery from the foundry was acquired by the Museum of London. There is still a working pulley inside the house, which was used to move molten metal. The shop front style is the same as at 175, although looks better preserved - particularly the wood-panelled stall riser below the windows. 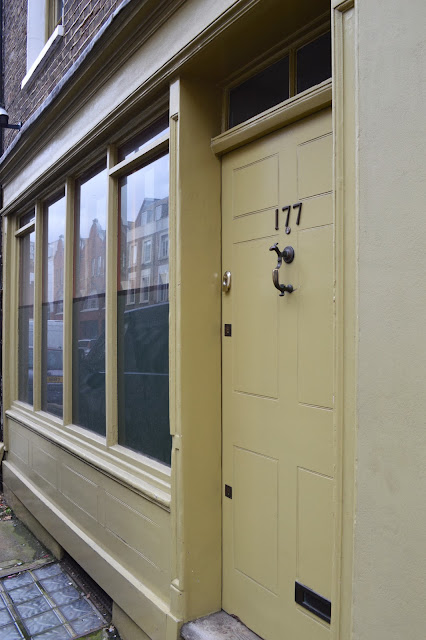 Finally, number 179 was restored in 1989. It still seems to be in commercial use, with a few different random company names coming up in Google searches (including a photography firm for fetish websites), but it's not clear who is currently there from the outside. The 1898 directory names a corn dealer, Bushnell & Sons, as the occupier - the company also had number 181. Of all the shop fronts it's the most ornate, with some nice curved arching in the window corners. 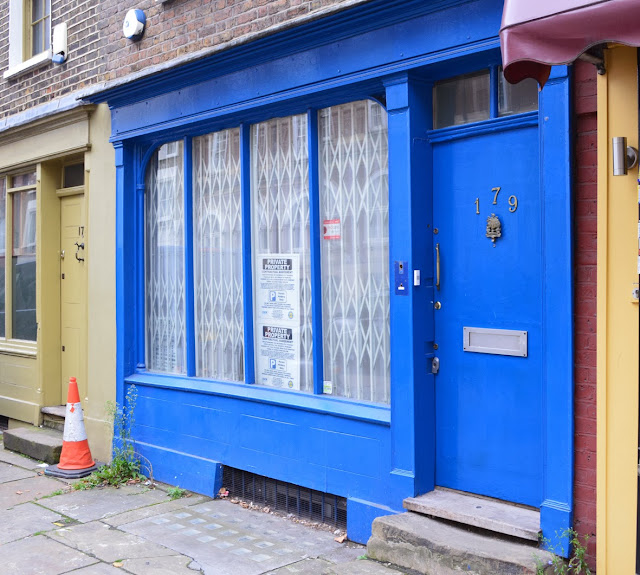