The first thing you notice when appoaching 43 Eastcheap, on a corner beside St Margaret Pattens, is its pillarbox red paint job. Get closer though, beyond the tree out front, and the full effect of its stuccoed timber shop front becomes clear. 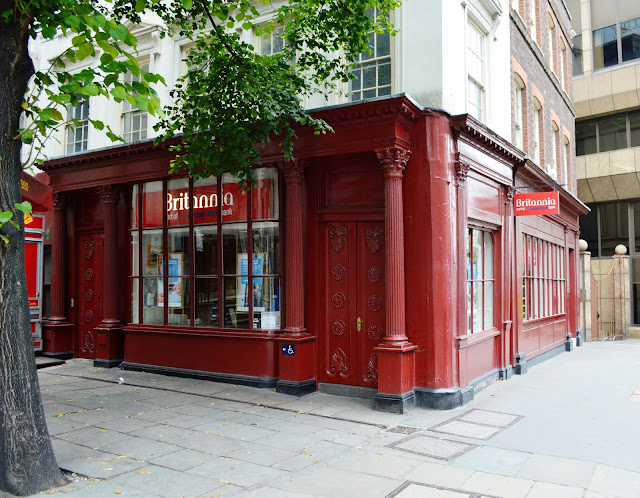 The building is early 18th century, but the shop front was added in the early 19th century. To the front, one large flattened bow window is framed by matching double doors with Corinthian columns. 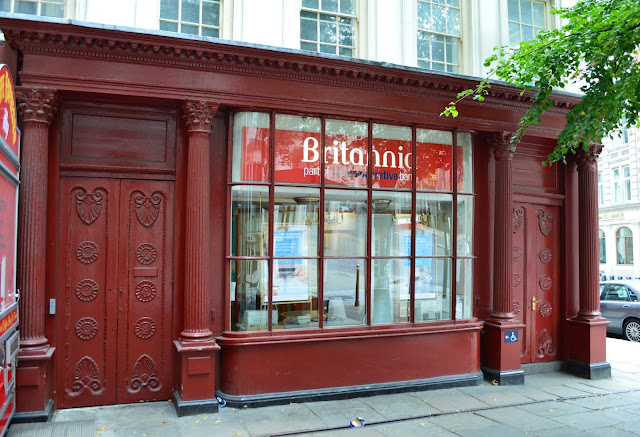 Topping off the whole arrangement is an elegant cornice.

Number 45 next door is a 1966 replica of the house that originally stood there, which was built at the same time as 43.

The shop's longest-standing occupant was Joseph Long, mathematical, optical and hydrometer instrument maker, from 1885 to 1936 (after moving here from Little Tower Street, where the business was based from 1821-84). Here's the kind of thing the business manufactured and sold - an alcohol slide rule, used to measure the alcoholic strength and excise duty of spirits.


I also managed to find a bill of sale from 1918, which I've scanned in. Unfortunately a hole makes it impossible to see what was purchased.

It seems even back then the business was proud of its handsome shop, judging by the illustration. 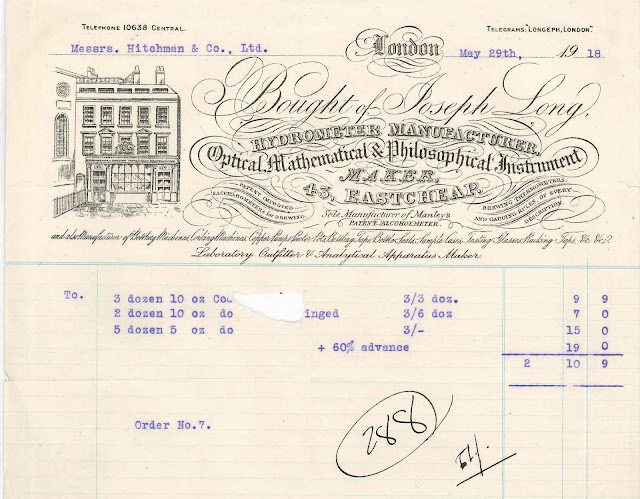 A picture from 1934 (watermarked, as it's courtesy of Architectural Press Archive/RIBA Library) shows Joseph Long towards the end of its stay at 43 Eastcheap. 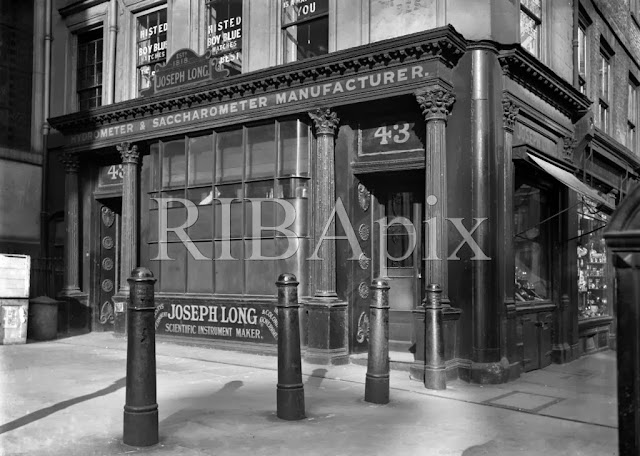 A news piece from The Times of October 7, 1936, reported that the London County Council listed the shop front along with the Royal Exchange and Mansion House, among others, as worthy of preservation.

A picture from the mid-1960s, which I can't reproduce, shows a later occupant, wine merchant John Martin.