Tucked away behind High Holborn is Barter Street. The street name has only existed since 1937 – before then this was Silver Street, built as part of the Bloomsbury Square development in the 17th century. The street has a terrace of three early 19th-century shops. 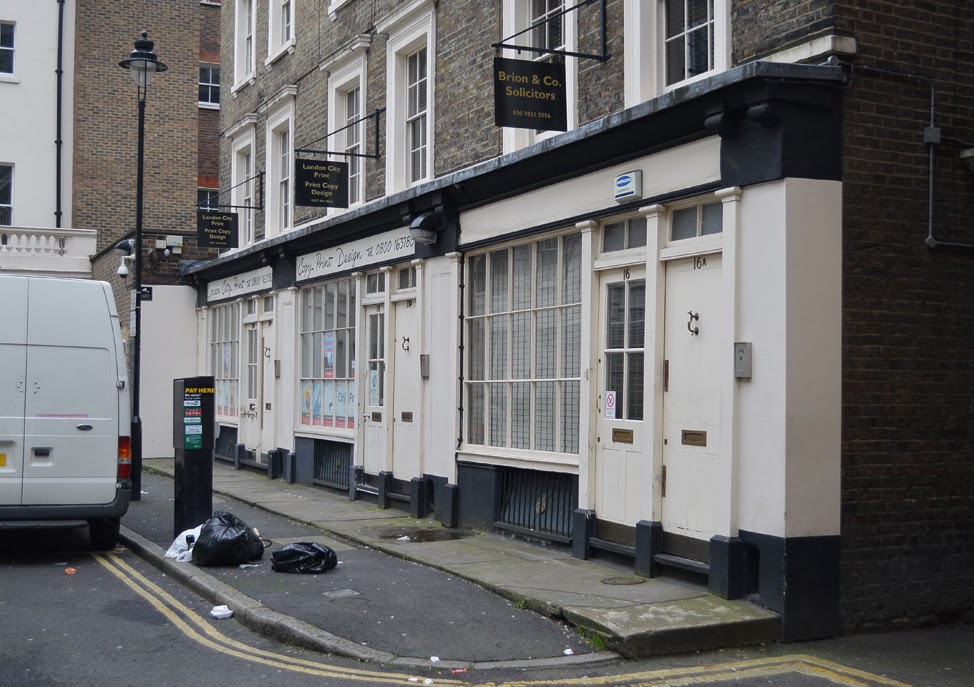 All have neat, identical wooden shopfronts, with pilasters, unremarkable entablatures and bracketed cornices.

The fact that the street is hidden away means many of the past shop tenants seem not to be of the type that relied on passing trade. In 1882's Post Office Directory, only one of the shops is listed – number 16, occupied by blind maker Edward Jinks. 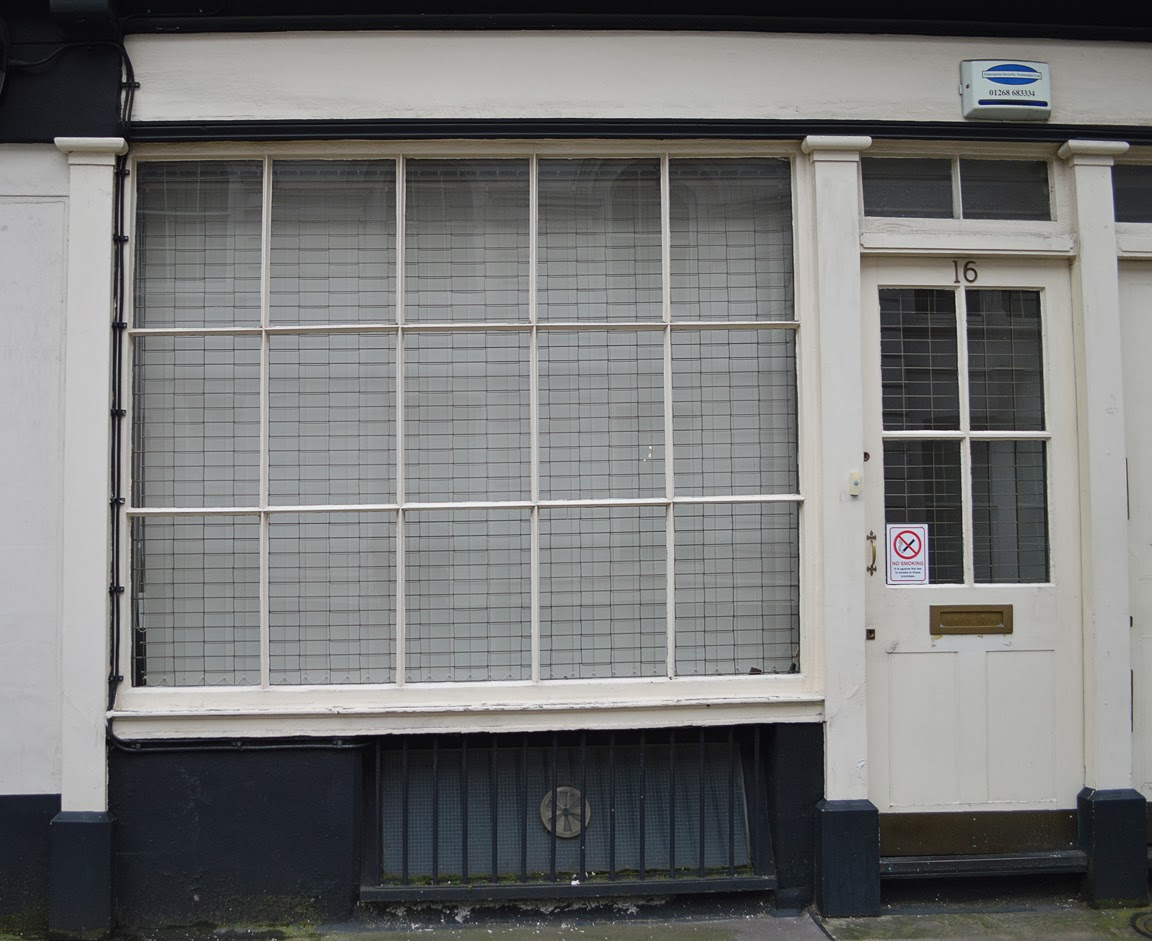 But by 1894 number 16 is occupied by John Hawley, tailor, who has been joined at 18 by bootmaker James Claridge. Number 20 is shared by Charles James Evans, a mathematical instrument maker, and wine merchant WJ Hollebone & Sons. 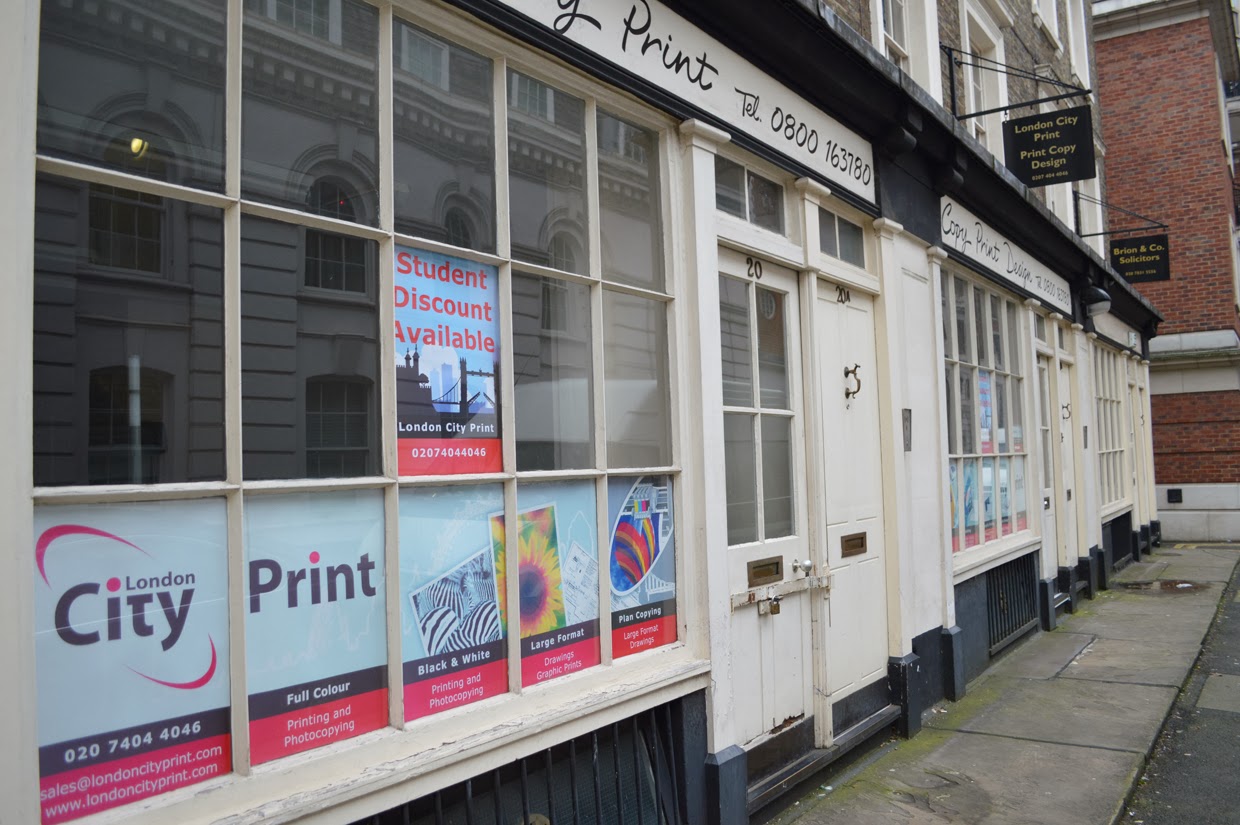 Leap forward to 1919 and confectioner Jane Owen has taken over number 16. At 18 is chimney sweep James Christopher Catlin, while at 20 is a printer, Jules Petit, and still WJ Hollebone & Sons.

In the 1951 Post Office Directory, Marine & Overseas Services Ltd's mail order office is the only shop listed, at number 16. This is the only business I've been able to find any significant remains of amid the depths of the internet. The exact nature of the company is unclear, but it did sell all sorts of bits and bobs such as watches and mathematical instruments, usually by mail order through adverts in newspapers and magazines. This one is from 1950 and was in Model Engineer magazine (from Grace's Guide): 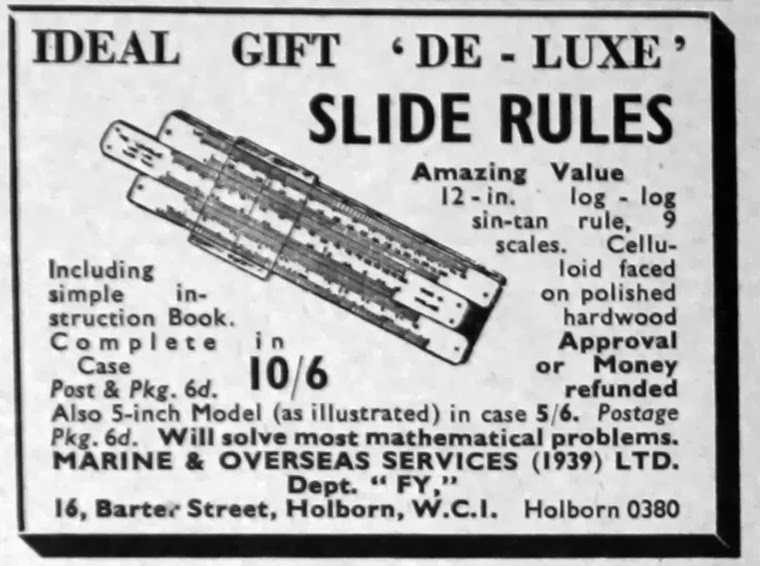 I don't know about being the "ideal gift", but slide rules seem to have been a major part of its business for some time – it called itself The British Slide Rule Co at some time, judging by a classified ad in The Times (April 25, 1942). This is one of the company's slide rules (found here):

Perhaps a better gift idea was this "unique bed table", as advertised in Picture Post (November 5, 1949): 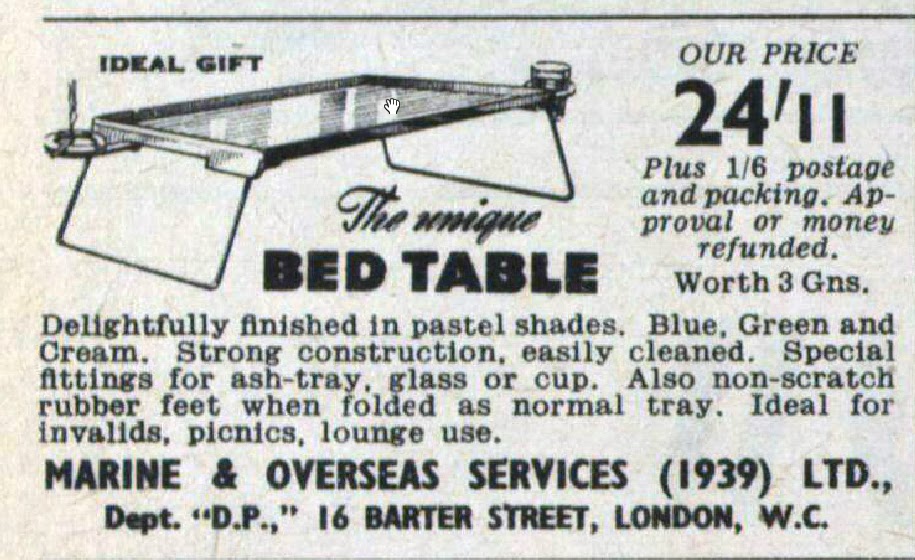 Perhaps this, from The Watch Forum, is one of them? Look closely and you can see Marine & Overseas Services Ltd written on the face: 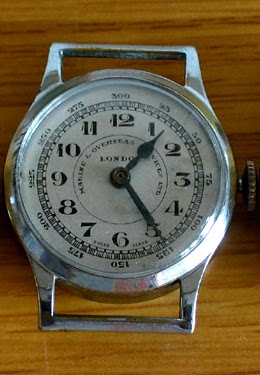 Collage has a pic of the shops from 1956, but there doesn't appear to be much going on...

Today, numbers 16 and 18 are one business – London City Print. Number 20 is occupied by a solicitor, Brion & Co, which specialises in immigration law.
Posted by Steve Draper at 22:55